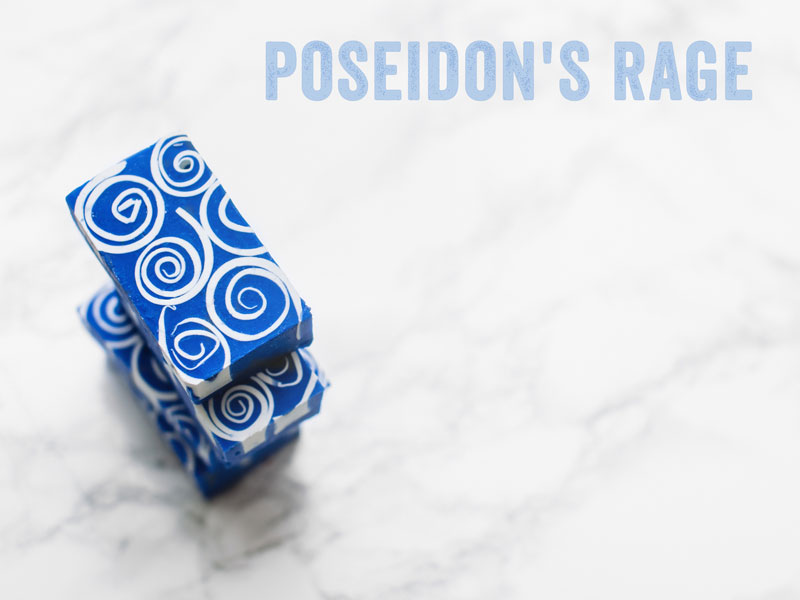 This soap recipe is all the rage

Poseidon is said to be a quick-tempered, quarrelsome deity, known and feared for his angry outbursts. Gazing at the ocean’s immense, tempestuous waves, you can easily understand why the Greeks’ god of the sea was described as combative. That furious beauty is what we wanted to capture in this homemade soap recipe, Poseidon’s Rage! We use swirling embeds to capture the waves’ frothy swells set in a deep blue soap with a divinely unique scent.

This soapmaking process involves two phases. First, you’ll make a white soap and leave it to cure for 24 hours before shaping it into spirals. Next, you’ll make a second soap—this time blue—and pour it around the embeds. This recipe takes a bit of patience, but the result is so worth it!

Now a few words about its scent, because we’re so proud of it! Pamela and Bénédicte came up with it, and they put their whole hearts—and olfactory capacities—into the effort. The result is a strong, woodsy, and slightly spiced fragrance that blew our whole team away! We even spotted several colleagues sneaking by to smell the soap as often as they could (that’s right, we saw you!).

Will you dare to face Poseidon’s Rage and make this homemade soap?

How to make cold process soap with a turbulent pattern 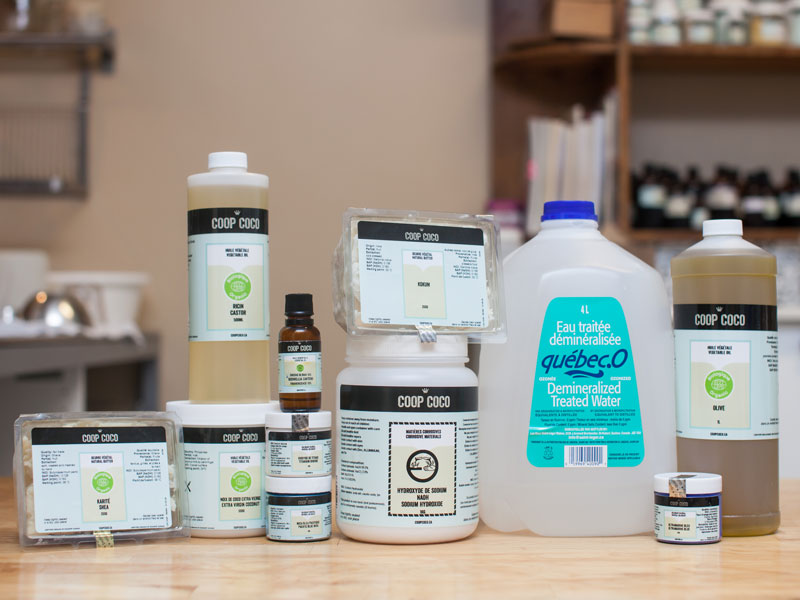 This soap recipe is formulated for all skin types.

When made in optimal sanitary conditions, it will keep for at least one year. 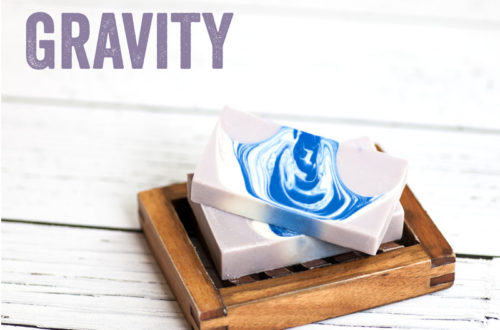 Gravity and colour meld beautifully in this homemade soap 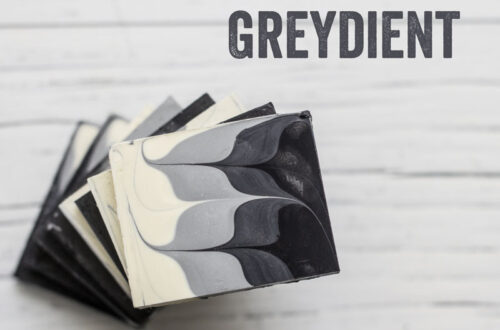 A homemade soap with a gorgeous Greydient